Don't overthink it: letting your brain work through trauma with EMDR

Dr. Francine Shapiro talks about Eye Movement Desensitization and Reprocessing, or EMDR therapy, a psychotherapy used to help those who have experienced both traumatic and non-traumatic experiences that impact a person after the event is over. LISTEN TO AUDIO INTERVIEW HERE

Shapiro is the originator and developer of EMDR therapy and is the executive director of the EMDR Institute in Watsonville, California. EMDR therapy works on the way memory is stored in the brain.

Shapiro says post-traumatic stress is a failure of the information processing system in the brain, which causes a memory to be stored with the original emotions and sensations that occurred at the time of an event.

“What EMDR therapy does is prepare the clients in a certain way and then accesses the memory and stimulates the information processing systems so the appropriate connections are able to get made,” Shapiro says. 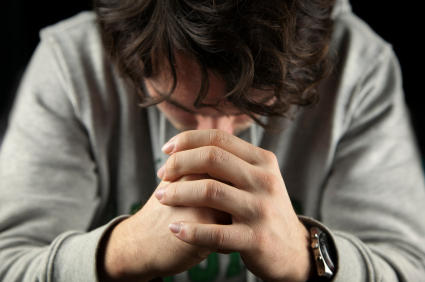 According to Shapiro, research shows that 84 to 100 percent of single trauma victims do not experience post-traumatic stress after three 90-minute therapy sessions using EMDR.

“It’s basically done,” Shapiro says. “It’s become a learning experience rather than something that continues to hit us.

”However, Shapiro says, general life experiences, like being bullied, humiliated or witnessing fights between parents, can cause more post-traumatic symptoms than major trauma.

“Various of these experiences can have the same impact as major trauma, get stuck in the brain, continue to cause anxiety and feelings like ‘I’m not good enough, I’m not safe, I’m not in control’ and that can hamper the person’s abilities for the next 30 years,” she says.

Shapiro emphasizes that people who have suffered trauma should understand that insecurities and feelings of anxiety and fear are being caused by unprocessed memories.

“It’s not necessary to suffer if they’re willing to take the appropriate steps.

”People are capable of handling trauma and stress but the failure to process information creates a barrier and Shapiro says EMDR therapy allows the brain to solve that particular problem.

“It’s not necessary to talk it through in premise of describing it in detail…but rather by putting your brain back online using the procedures we use with the EMDR therapy, your own brain takes over and makes all of the appropriate connections that are needed,” Shapiro says.

During EMDR therapy, the patient will be asked to identify their current problems. Once that has been established, the clinician will use bilateral stimulation which, often, is following the clinician’s fingers or a light.According to Shapiro, these patterns access working memories in the same way the brain naturally processes information during REM sleep. However, those with post-traumatic stress disorder will wake up during a nightmare because the brain is incapable of doing processing the dream on its own.

“With EMDR therapy we are able to take the brain further than they are able to go in sleep,” Shapiro says.

Shapiro says the best way to find a properly trained EMDR clinician is by searching the EMDR International Association's website.